Culture often pressures us to believe that results and outcomes matter most. This attitude can bleed into the classical Christian school realm and affect our parenting. Josh Dyson, Head of the Classical School of Wichita, urges us to consider Augustine who did not accept the gospel during his formative years. Only years later did his conversion come together with his classically trained mind…and history shows the results were explosive! Listen in to hear how can parents can better manage their expectations and wait for God’s perfect timing. 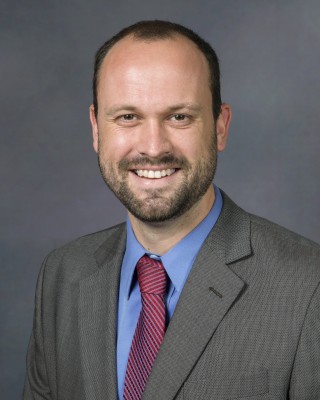 Mr. Josh Dyson is Head of School at CSW. Prior to accepting the position as Head of School, Mr. Dyson was CSW’s Director of Operations. Before coming to CSW, he served as the Chaplain at Houston’s First Baptist Academy where he also taught Bible and Latin. He earned his Bachelor of Arts in Biblical Languages and Christianity from Houston Baptist University in 2007. Additionally, he has done graduate work at the Southern Baptist Theological Seminary and at Houston Baptist University. Mr. Dyson and his wife, Julie, have four children — Deacon, Noelle, Daisy, and Lucy. The Dysons also claim two four-legged, furry children who answer to the names Hollie and Rocky. On Sundays, Hollie and Rocky hold down the fort while the rest of the family ventures to Eastminster Presbyterian Church for the morning service. Mr. Dyson began his career in education as a teacher, and though he spends much of his time in his administrative role these days, he makes an effort to interact with the students throughout the day. He is inspired by “unexpected reminders of the simplicity of life — God’s calling upon our lives to love mercy, do justice and walk humbly with the Lord.” Mr. Dyson encourages students to behave as leaders, especially the Upper School students. When coaching students, he emphasizes the importance of being first in line for those tasks no one wants to complete, being last in line when everyone wants to be at the front, and treating others as Christ would treat them. “There is no more important work than the training of covenant children to embrace their identity as children of the King and ambassadors of the Kingdom,” he said.
——
Links:
https://www.circeinstitute.org/blog/what-scares-me-about-classical-education